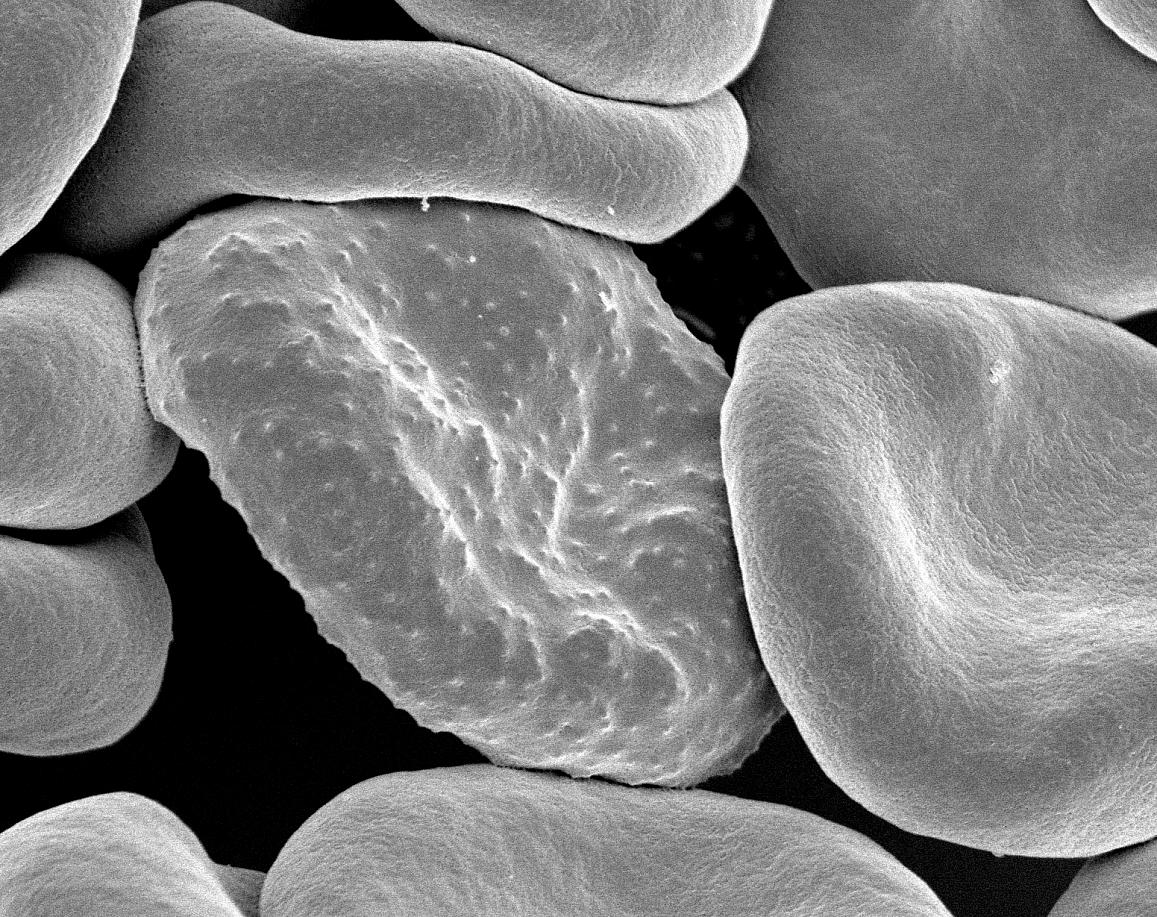 NIH: Researchers have exploited a quirk in the genetic make-up of the deadly malaria parasite, Plasmodium falciparum, to create 38,000 mutant strains and then determine which of the organism’s genes are essential to its growth and survival. P. falciparum is responsible for about half of all malaria cases and 90 percent of all malaria deaths. New information about the parasite’s critical gene repertoire could help investigators prioritize targets for future antimalarial drug development.

The international research team led by John H. Adams, Ph.D., of the University of South Florida, was supported by the National Institute of Allergy and Infectious Diseases (NIAID), part of the National Institutes of Health. The study appears in the May 4 issue of Science. Rays H.Y. Jiang, Ph.D., of University of South Florida, and Julian C. Rayner, Ph.D., of the Wellcome Trust Sanger Institute, U.K., collaborated with Dr. Adams in this research.
The complete genetic sequence of P. falciparum was determined more than a decade ago, but the functions of most of its genes remain unknown, and until now only a few hundred mutant strains had been created in the lab. The difficulties in manipulating P. falciparum stem in part from the extremely high percentage of adenine or thymine (two of the four chemical building blocks that make up DNA) in its genome. Standard methods for creating mutants rely on more variation in gene sequences and so do not work on P. falciparum. In the new research, Dr. Adams and his colleagues created mutated versions of nearly all the parasite’s 6,000 genes with a technique that preferentially targets areas rich in adenine and thymine, thus exploiting the very feature that had foiled previous attempts at genetic manipulation.
The team used computational analysis to distinguish non-essential genes (those that could be mutated) from essential, non-mutable ones. About 2,600 were identified as indispensable for growth and survival during the parasite’s asexual, blood stage. These included ones associated with P. falciparum’s ability to resist antimalaria drugs, highlighting them as high-priority targets for new or improved antimalarial compounds, the researchers note.