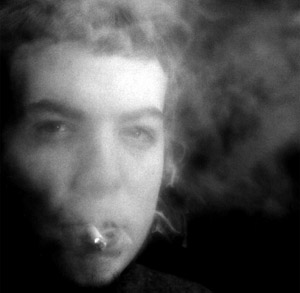 JAMA: Low-intensity smokers who puff on 10 or less cigarettes per day over their lifetime still have higher risks of death than individuals who never smoke, providing further evidence that there is no safe level of cigarette smoking, according to a study published online by JAMA Internal Medicine. Tobacco smoking is a public health issue around the world, estimated to cause 5 million deaths annually. However, there are few data on the effects of long-term, low-intensity smoking and a perception among some people that such a level can be safe.

Maki Inoue-Choi, Ph.D., M.S., of the National Cancer Institute, Rockville, Md., and coauthors examined  associations between long-term smoking of fewer than one or 1 to 10 cigarettes per day with the risk of death among current and former smokers.
The study included 290,215 older adults (ranging in age from 59 to 82) who completed the 2004-2005 questionnaire in the National Institutes of Health – AARP Diet and Health Study. The questionnaire assessed lifetime smoking intensity during previous age periods from less than 15 years old to 70 or more. Among the group, there were 22,337 current smokers (7.7 percent), 156,405 former smokers (53.9 percent) and 111,473 never smokers (38.4 percent).
Compared with individuals who never smoked, consistently low-intensity smokers of 10 or less cigarettes per day had a higher risk of death from all causes and associations were seen across smoking-related causes of death, especially lung cancer, according to the results.
Former smokers who had been consistently low-intensity smokers had progressively lower risks of death the younger they were when they quit, the authors report.
Limitations of the study include its small numbers of low-intensity smokers. Participants also recalled their smoking intensity after the fact.
“These findings provide further evidence that there is no safe level of cigarette smoking. All smokers should be targeted for smoking cessation, regardless of how few cigarettes they smoke per day. Further studies are needed to examine the health risks of low-intensity cigarette smoking in combination with electronic nicotine delivery systems and other tobacco products,” the study concludes.
(JAMA Intern Med. Published online December 5, 2016. doi:10.1001/jamainternmed.2016.7511; available pre-embargo at the For The Media website.)
Published by Dr Guichard MD à 1:27 AM
Email ThisBlogThis!Share to TwitterShare to FacebookShare to Pinterest
Labels death risk, smoking
Newer Post Older Post Home