CPR Training Less Common among Older Adults, Who May be at Highest Risk of Sudden Cardiac Arrest 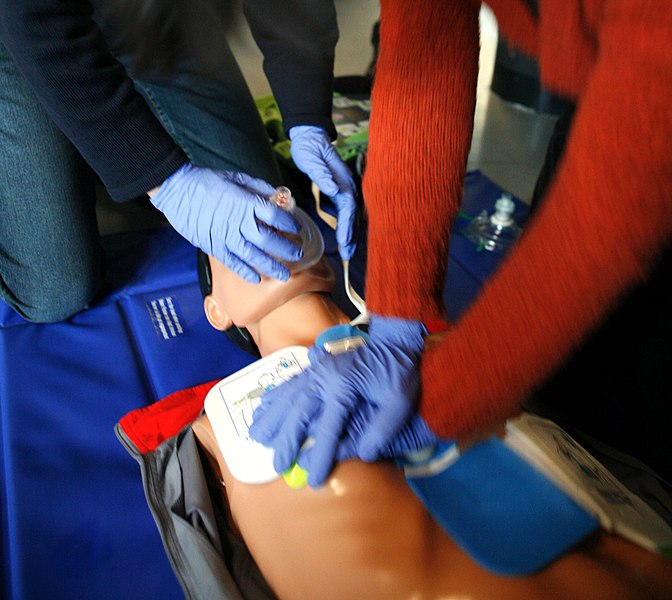 Pennsylvania: More than 350,000 Americans suffer from out-of-hospital sudden cardiac arrest (SCA) each year. It strikes at work, in the grocery store, on the soccer field, and even at home, where it’s critical for bystanders to take quick action by performing cardiopulmonary resuscitation (CPR). But only 32 percent of cardiac arrest victims nationwide receive the lifesaving intervention. New research from the Perelman School of Medicine at the University of Pennsylvania sheds light on training gaps that could pave the way to boosting the number of people who are prepared to jump into action.


The Penn team will present findings at the American Heart Association Scientific Sessions 2016 from a survey which revealed older Americans – those who are most likely to be stricken by SCA – and those with less education and lower household incomes are least likely to have received CPR training.
“We uncovered that those who are most at risk for SCA are the least likely to be trained to act in an emergency situation,” said the study’s senior author Benjamin Abella, MD, MPhil, director of Penn’s Center for Resuscitation Science and an associate professor of Emergency Medicine. “While some of these older adults may have been CPR trained at some point in their lives, likely when they were much younger, when bystander CPR can be the difference between someone living or dying, these seniors may not be comfortable employing their dated CPR skills.”
The team sought to identify factors that may influence whether people receive CPR training, by administering a telephone survey. During a two-month period in 2015, 9,022 individuals completed the survey, which included calls to both landline and mobile phone numbers, and were conducted in English or Spanish. Of these participants—a statistically representative sample of the United States population—65 percent had been trained in CPR at some point in their lives and 18 percent has been trained in the last two years.
Those who are 60 years and older are roughly 50 percent less likely to be trained in CPR, as compared to those under the age of 49. Similarly, those whose highest level of education is a high school diploma were more than five times more likely to never have been CPR trained, as compared to those with graduate degrees – of which only seven percent had never been trained. And those with a household income of less than 15,000 were nearly 50 percent less likely to be currently trained in CPR as compared to those with a household income between 30,000 and 74,999.
“This data will enable us to hone in on which demographics tend to be less trained, and take proactive steps to target these populations with training initiatives,” said lead author Audrey Blewer, MPH, assistant director for Educational Programs in Penn’s Center for Resuscitation Science and a doctoral candidate in Epidemiology at Penn.
Researchers note that most cardiac arrests occur in the home, where only a spouse, friend or neighbor may be there to act. Abella said, “If a 67-year-old has an SCA at their house and only their 68-year-old spouse is home, the likelihood that their spouse would be able to intervene with CPR is low, based on our data. Ultimately, the more we can train the older population, the better off many people who experience an SCA will be.”
The researchers suggest that by bringing CPR training to older adults, whether at work, senior living communities, or community centers, health care professionals will be able to increase the number of CPR trained adults – and move the needle on the number of SCA victims who will get a chance at surviving.
Additional Penn authors on this study include Said Ibrahim, Marion Leary, and David Dutwin. This study was supported by a Mentored Clinical and Population Award from the American Heart Association (15MCPRP25090161).
This study will be presented on Sunday, November 13, 2016 at 3:15 PM (CST) in room 203-205.