Closer to closing the loop on inpatient glycaemia 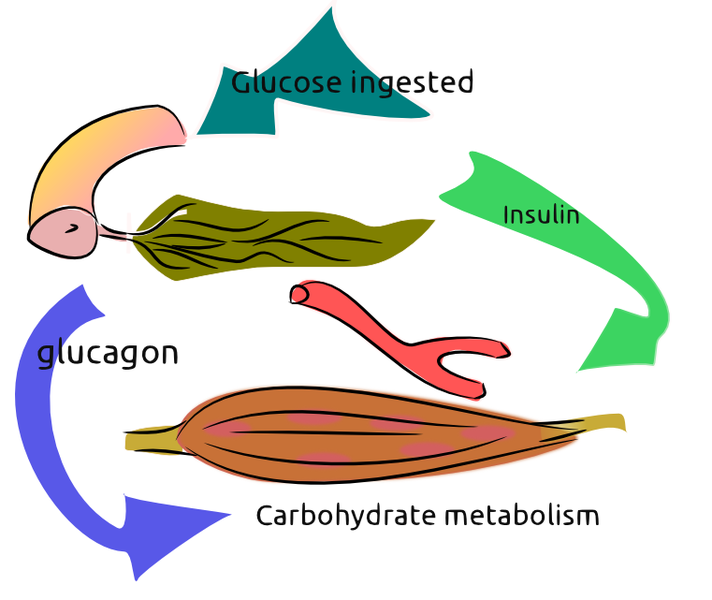 TheLancet: Automated systems that deliver safer patient care are becoming increasingly important in health care and particularly in disorders such as diabetes, where therapy needs to be dynamically matched to physiological and metabolic measures. An area of particular interest is diabetes in inpatients, in whom establishing and maintaining good metabolic control is challenging yet important, because there is increasing evidence for the benefits of good glycaemic control on length of hospital stay, patient outcomes, and cost savings.1
This problem is sizeable because the prevalence of diabetes in inpatients is three times greater than in the general population, and the UK’s National Diabetes Inpatient Audit (NaDIA) projects that the number of hospital beds occupied by people with diabetes will increase to nearly 20% by 2020; in many hospitals it already exceeds 30%.2 More than 90% of inpatients with diabetes have type 2 diabetes, and about 30% are receiving insulin therapy. Good glycaemic control in insulin-treated inpatients is achieved less than 40% of the time and one in ten patients has a severe hypoglycaemia (blood glucose <3 mmol/L) episode during their hospital stay.2 Hypoglycaemia and hyperglycaemia in inpatients are associated with increased morbidity, mortality, and length of hospital stay.3, 4, 5 Although there have been improvements in glycaemic control since the first NaDIA, these have been fairly small. There is considerable need for systems to help safely achieve better glycaemic control.

In this issue of The Lancet Diabetes & Endocrinology, Hood Thabit and colleagues6 report that for insulin-treated inpatients with type 2 diabetes, a fully automated closed-loop system significantly increased time in the glycaemic target range compared with conventional subcutaneous insulin delivery (59·8% [SD 18·7] in the closed-loop group vs 38·1% [16·7] in the control group; difference 21·8% [95% CI 10·4–33·1]; p<0·001). Additionally, the closed-loop intervention reduced the frequency of hyperglycaemia without an increase in hypoglycaemia or total daily insulin dose. This system is a welcome advance; however, further work is required to determine the practicalities, safety, ease of use, and cost in the larger population of insulin-treated inpatients with type 2 diabetes.
Although the investigators encountered no safety issues in what they describe as a “real-world” environment, only 20 individuals with type 2 diabetes were studied. Findings in larger numbers of patients are needed before the system’s safety can be established with confidence. Furthermore, most of the patients in the study had diabetic foot disease, whereas many insulin-treated type 2 inpatients will have additional complex comorbidities, which might influence treatment response. Perhaps the most important question relates to the practicality and ease of use of the intervention on general wards. By the nature of patients in the study, it is likely that they will have had input from the diabetes specialist team and many, if not all, will have been cared for on a diabetes or vascular ward with close monitoring by the study team. This situation is understandable for a pilot study but does not represent the real world, in which 85% of diabetes admissions are emergencies unrelated to diabetes, and patients are not under the care of the diabetes team.2 Nearly all patients with insulin-treated type 2 diabetes will have their initial insulin therapy managed by non-specialist teams, and in the UK most will not be seen by a member of the diabetes specialist team during their stay. Indeed, the shortage of inpatient diabetes services in the UK means that diabetes specialist teams see only 60% of patients requiring their expertise, and 30% of hospital trusts have no inpatient diabetes specialist nurses.2
So where does this new technology sit in the real world? If it is to be generalised, nurses on non-specialist wards will have to be trained to use the closed-loop system, including inserting and calibrating the sensor, which is not always straightforward and sensor failure is common even in the hands of diabetes specialists. In the current study, 35% of the sensors had to be replaced, the majority because of sensor failure; in the hands of non-technologists failure rates will be greater. Sensor dislodgment might also be frequent in general use, since as many as 30% of inpatients with diabetes have cognitive impairment.2 Fitting and recalibrating new sensors will add to the cost and could be seen as an additional burden by hard-pressed nursing staff. It may well be true that the closed-loop system will reduce staff workload because no prandial insulin is required, as the investigators suggest, but this needs to be determined in practice.
In the study by Thabit and colleagues, patients in the comparison group were kept on their usual insulin regimen, which might not have been optimal. Only 55% were on a basal bolus regimen, which is recommended in the USA and is associated with lower complication rates, the rest were on either a basal only or twice daily premixed insulin regimen.7, 8, 9 Of relevance, a recent study in 99 patients with type 2 diabetes (80% who were insulin treated) managed on multiple wards with a basal-bolus regimen driven by a computerised decision support system achieved a time in the target glucose range of 50·2% (SD 22·2) for a target of 3·9–7·8 mmol/L, compared with 59·8% (SD 18·7) in the closed-loop group of the present study for a target of 5·6–10·0 mmol/L.10 Further studies will be required to determine the benefits of the closed-loop system against such systems.
The greatest potential benefit of closed-loop systems is the avoidance of hypoglycaemia while preventing hyperglycaemia. That this benefit could not be demonstrated probably relates to the unusually low frequency of hypoglycaemia in the control group as well as the small number of patients in the study. This limitation yet again makes the case for a larger study.
Thabit and colleagues should be congratulated on the control algorithm, which worked well in the patients studied. They have already demonstrated that the sensor performs well in the intensive care setting in patients with renal, cardiac and respiratory failure.11 Furthermore, in a small study12 they showed that closed loop system performed better than an intravenous insulin infusion algorithm, in critical care patients. These are exciting developments however; both studies must be viewed as proof of concept studies. Larger studies are required and the ease of use of subcutaneous insulin pumps and sensors will need to be addressed before the closed-loop system can be rolled out to non-specialist inpatient teams.
We declare no competing interests.